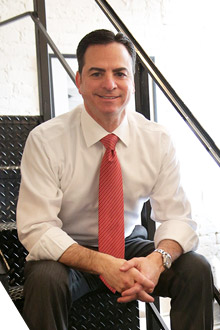 Ed is the Founder of Cerasia Law LLC. He has over 30 years of experience representing clients in employment, wage and hour, restrictive covenant and employee benefits matters in the financial services, insurance, media, advertising, transportation, pharmaceutical, healthcare, sports, higher education and retail industries.  For 16 years prior to founding his firm, Ed was a partner at some of the world’s most prestigious law firms, where he held leadership positions within those firms’ employment law departments.

Ed is one of the leading employment litigators of his generation.  Ed has a proven record of success as a trial lawyer.  He has successfully handled over 80 jury/bench trials and arbitrations involving claims of discrimination, retaliation, constructive discharge and entitlement to employee benefits.  In each year for the past decade alone, Ed has successfully tried jury, bench and arbitration cases to conclusion.

Ed has been listed for several years in peer-reviewed publications, including two categories in Best Lawyers (Litigation - Labor & Employment Law and Labor Law - Management), as well as in New York Super Lawyers.  The Employment Attorneys recently selected Ed as its New York employment lawyer for 2022-2023.

When Ed's practice was focused solely on representing employers, Chambers USA had ranked him as a Leading Individual in employment law going back to 2005.  In 2018, Chambers noted that Ed is regarded as an “extraordinarily good trial lawyer,” and clients appreciate that he is “very knowledgeable in the field” and “very good with client relations.”  In past years, Chambers noted that Ed is “a respected trial lawyer,” “highly esteemed,” “hailed as an outstandingly strong advocate,” is “very knowledgeable substantively,” that “his litigation skills are impressive” and that he “understands our business inside and out.  He’s very good at coming up with creative and pragmatic solutions.”  Chambers has described Ed “as good an employment litigator as there is.  He’s very experienced, highly principled and always works diligently to obtain the best results.”

For three years in a row, the American Society of Legal Advocates selected Ed as one of the top 100 Labor & Employment lawyers in the State of New York.  In 2011 and 2012, Lawdragon/Human Resource Executive magazine named Ed as one of “The 40 Up and Coming Corporate Employment Lawyers” in the United States.

With respect to Ed’s representation of employees, he has been described as “the best counsel at the worst time.” The following is a sampling of the praise that Ed has received from employees he has represented over the years:

Ed also has handled several precedent-setting and noteworthy appeals in federal and state courts.  As a result, clients often retain him to handle appeals from adverse judgments or rulings.

Ed is admitted to practice in New York, New Jersey and Connecticut, as well as in several federal district courts and courts of appeals around the country, and the U.S. Supreme Court.  Ed has litigated cases in 28 states.  His nationwide trial and appellate practice focuses on representing clients in cases involving claims of discrimination, harassment, and retaliation; claims under the FLSA and state wage and hour laws; claims under ERISA involving breaches of fiduciary duty, 401(k) and ESOP issues, severance pay, and challenges to plan denials or termination of benefits; whistleblower claims; compensation and bonus claims; claims of defamation, breach of contract, and intentional torts; and claims involving restrictive covenants and employee recruitment practices.  His litigation matters include single-plaintiff, multiple-plaintiff, class action, collective action, and EEOC pattern and practice cases.

Ed has been a frequent speaker and writer on employment and benefits law issues. For two years, he was an adjunct professor at Quinnipiac University School of Law, where he taught employment discrimination law. 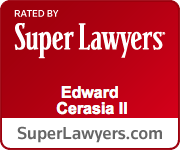 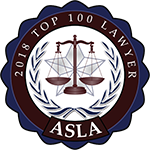